Why Cannabis and Art Print Go Hand In Hand

If you have ever gone to a “head shop” or seen art inspired by cannabis, then the chances are good that you have seen a very distinct style. Not surprisingly, it’s a well-known fact that art is often inspired by the use of cannabis.

One of the primary reasons that cannabis is a popular form of inspiration is that it is known to create a more open-minded state. People often talk about creative blocks, and one reason can be the more logical side of the brain inhibiting people from wanting to truly express themselves.

Strangely enough, the concept of art being inspired by the plant itself is nothing new. In Ancient Egypt, hieroglyphics depicted the goddess Seshat with a hemp plant above her head. She was known as a goddess of creativity and was also said to be the inspiration for the Arabic language and mathematics.

It has become a cliché to talk about how “most of your pop music heroes were on drugs” but it is hard to deny the truth when you consider works such as The Beatles’ Sergeant Peppers’ Lonely Hearts Club Band or the Beach Boys’ Pet Sounds, while films such as Kevin Smith’s View Askewineverse series (Jay and Silent Bob etc) draw heavily on a lo-fi stoner aesthetic. 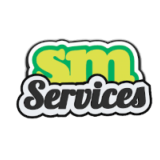 Be the first to know about upcoming sales and promos. Get a 10% discount coupon when you subscribe!